A fantastic report on the cost premium for building a Passive House has been released by Sydney architect Andy Marlow. This is an important piece of research and I urge you to download and read it.

Every Passive House professional hears the question, “But how much more will it cost?” from clients. All the time. We need solid data. There’s some interesting evidence from the US and the UK but Andy’s research is much closer to home and it’s focused on single family homes rather than commercial buildings or social housing projects.

“The cost premium for passivhaus in Sydney is negligible or nonexistent for custom builder projects, if strategic decisions are taken to prioritise passivhaus. “

Andy has done a cost analysis on a single family home, built by the same builder and with the same building geometry, and compared the cost for a Passive House with something that isn’t. 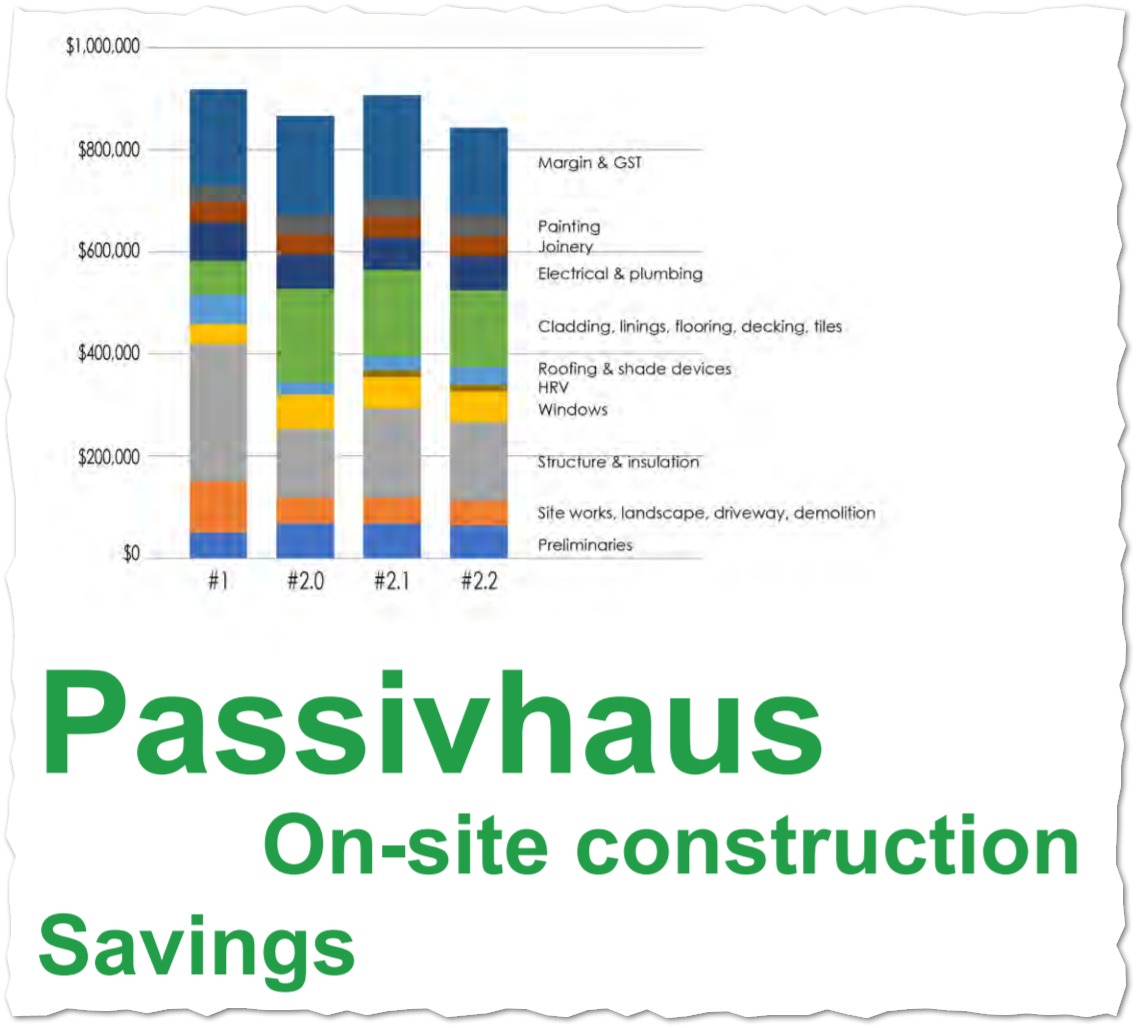 The house isn’t a theoretical construct, it’s Sydney’s first Certified Passive House, designed by  Envirotecture. And guess what? It cost LESS to build it as a Passive House once they optimised the construction system to suit the custom home builder.

Read the whole report! Towards the end, Andy explores the concept of working with group home builders (project builders in Australian lingo). Considerable cost savings could be possible but some of the savings come from reducing oversight and quality. He chose not to follow that path. (That said, we’ve one project in New Zealand considering this direction, and it’s pretty exciting.)

NB our Aussie mates in the PH sector seem to be coalescing around use of the original German (“passivhaus”) rather than “Passive House”. Don’t be confused. Different language, same standard, same performance, same awesomeness.

There’s a brief article here you may wish to forward to those you know won’t read the report itself (although it is only 18 pages, with big pictures and headings).

Interestingly, Andy says the project was first conceived as a passive solar design. “The geometry remained unchanged. The construction systems were optimised, although you’ll never be able to tell once it’s finished. This [certified] passivhaus will be delivered for $22,000 less than it’s original passive solar cousin.”