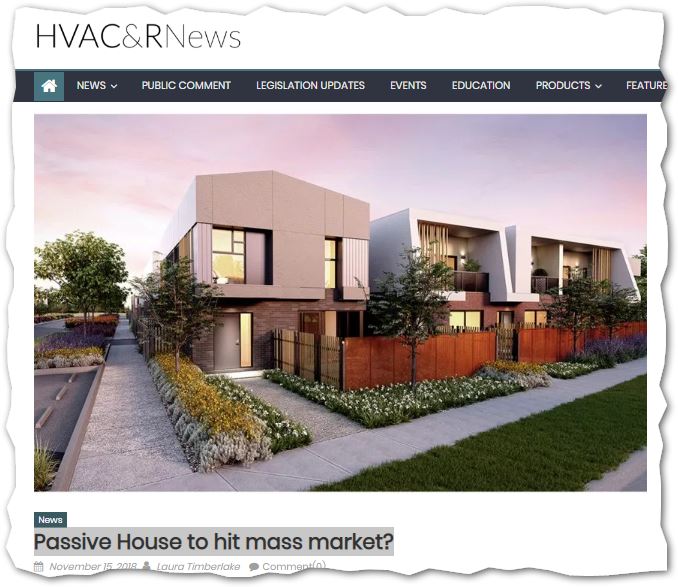 Frasers Property Australia is the first mass market developer in all of Australia who’s looking forward to making passive houses through their in-house design team. They know the primary benefits to the occupants are health, well-being, lower ongoing energy costs, and of course, sustainability of the building and they believe they can sell those benefits to their clients. It’s interesting how in New Zealand, the primary drive of passive houses has been single family homes being build for motivated owners. In Australia, the passive house community has much more quickly switched over to the commercial/apartment/dorm scale of building. It’s especially interesting because Australia’s climate is even more mild than NZ requiring less heating than almost all of New Zealand’s climates; but yet they are adopting passive house on a larger scale much more quickly than New Zealand.

“some of the benefits of the Passive House approach include a reduction in heating and cooling needs by up to 90 per cent. In Europe it has also been shown to improve the health and wellbeing of occupants.”

” Passive House standard has been established in Europe for almost 30 years, and data has shown that healthier homes were having a positive impact on people suffering from illnesses such as allergies and asthma.”