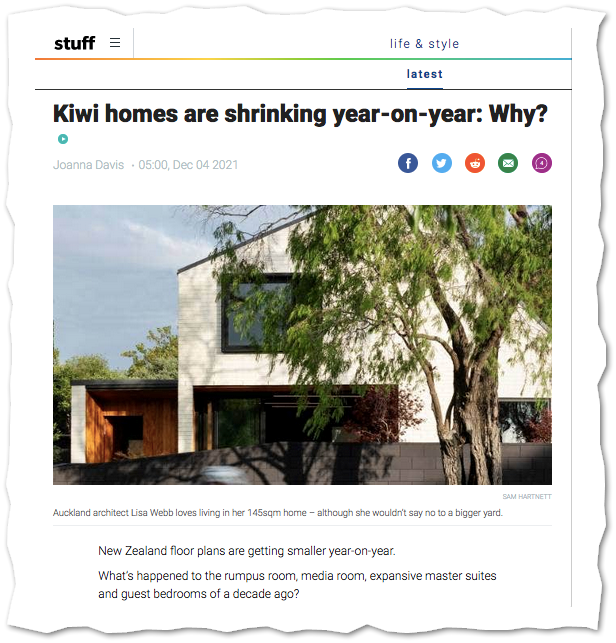 It is of course section size and the steeply rising cost of building that has tempered the seemingly relentless bloating of new home footprints. (I clearly remember a talk I gave in 2014, when the projections showed the average floor size in 2020 would be 250m². Instead, the trend went like this.

I liked a comment from Wellington architect Sharon Jansen: that the 1950s and 60s was an era of “beautiful compact plans” and she would like to see a shift back towards that.

House size matters. Energy and material use is typically expressed as the energy or carbon per square metre. And clients have been taught to compare cost per square metre also, although that’s a fool’s game. Many group home builders bloat their plans with wasteful, inefficient, cheap-to-built space to make the $/sqm smaller. Such a ploy also reduces the kWh/a/sqm figure.

But in reality, the impact that matters is measured per occupant or per building. A smaller floor size means less total energy, carbon and cost (all other factors staying more or less even).

It’s old advice but still sound: if you want an “eco-house”, your very first move should be to shrink the floorplan.