A small line tucked away in the Healthy Homes Standard, which came into law in May this year, has the potential to bring big benefits to some of New Zealand’s most vulnerable people, those renting social housing. Its significance is only just being recognized. Private landlords of single-family homes can have a heat pump installed in the lounge of their rental. The tenants will be better off (assuming they can afford to run it) and they’ll comply with the legislation. Job done.

But when the state is a landlord of a multi-story apartment building filled with small one and two-bedroom units, there could be several hundred heat pumps to install. Installation and maintenance—and replacement, given the units’ 12-15 year life span—would all require scaffolding and appropriately trained workers. The expense is huge.

For developers of tenanted buildings, this one line in the regulations is the tipping point that makes a certified Passive House development cheaper to build than one built merely to the Building Code. It’s easier and cheaper for a large, multi-unit building to reach Passive House performance levels than it is for a single family home. There will be more insulation, but not that much more.

Two things will increase build costs. The first is better quality joinery. Double-glazing is required by the Code in much of the country, but Passive House quality windows and doors will have thermally broken frames that prevent heat loss to outside and condensation forming on the inside surface.

Secondly, mechanical ventilation with heat recovery systems would be required but installed in the volume required for an entire apartment block, the cost per apartment plunges. Mechanical ventilation means fresh, filtered air is constantly being introduced into the internal environment and stale, moist air removed—all without occupant involvement. 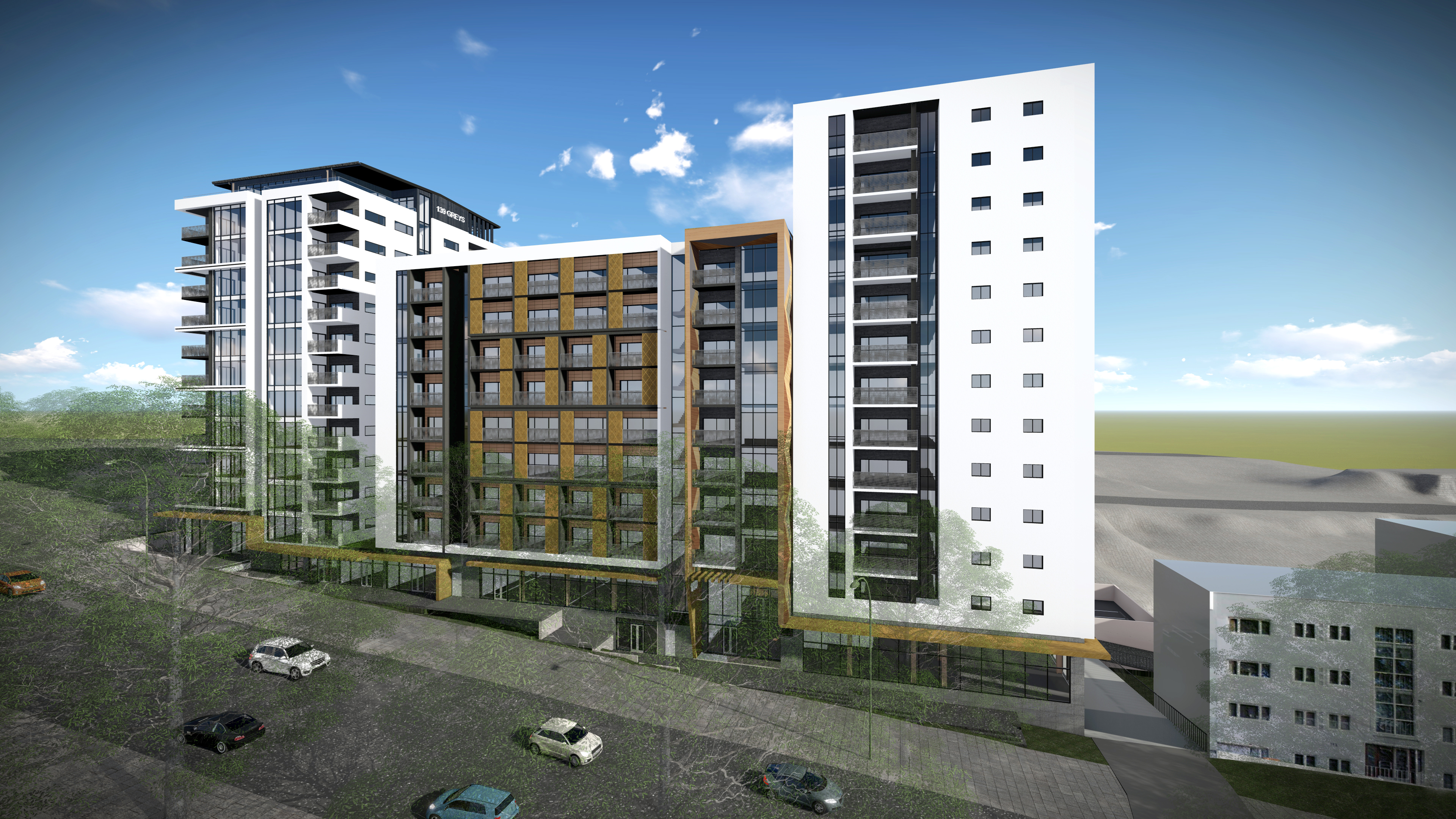 Kāinga Ora is redeveloping its well-known site at 139 Greys Ave in central Auckland. The artist impression was created by MODE who are the lead architects for this redevelopment.

(The Building Code assumes that if a home has windows that can open, that they ARE being opened and often enough to provide sufficient ventilation. That is a stupid assumption and flat out wrong a lot of the time. When homes are shut up tight, because of city noise, fears about security or concern for privacy, internal moisture has little way to dry out. That’s unhealthy for people (damp leads to mould leads to health problems) and bad for the owner (damp leads to mould leads to building decay).)

These two things, along with better levels of insulation, will significantly improve the experience of people living in those apartments. They will be healthier and save money. It will also benefit the building owner in terms of potentially decreasing future maintenance costs. It does represent an additional cost at the time of building (“first costs”) but that increase is offset by not having to buy and maintain scores or hundreds of heat pumps.

The government, as owner and developer of new social housing blocks, seems to have recognised the double win now on offer: build higher quality housing for the same or even less cost and dramatically increase the wellbeing of tenants. It’s a no-brainer for not-for-profit developers of social housing to follow suit.

This will improve future new builds but we’re still left with all the existing rental stock. Happily, the economies of scale that apply to building a new Passive House development also apply to retrofits that can bring an old building up to the same level of performance.

The irony is that tenants in such buildings will end up with warmer, healthier homes that are cheaper to run compared to many owner-occupiers of new apartments.

Developers still choose to market fancy kitchen counters and another bedroom rather than better insulation and proper ventilation. Do buyers have to demand better, or do developers have a role to play in educating buyers? That argument goes in endless circles. A better answer is a clearly-signalled step-change rise in our minimum building standards.