Building scientist Jason Quinn lays out five ways government can stimulate the economy by setting effective performance standards for housing and public buildings. Plus, these measures would improve public health and help New Zealand reach its zero carbon targets. We can learn from overseas successes and lift outcomes without hiking the cost to build, he says.

New Zealand buildings, particularly homes, are generally shoddy quality and far too many are cold, damp and make people sick. Why don’t we fix it? Because building costs are already outrageously and perplexingly high compared to other similar jurisdictions and the industry (and building owners) strongly resist any suggestion of requiring better performance because there is the impression it will further increase those costs.

An economic depression doesn’t seem like the right time to be talking about raising the standards in the Building Code. But there’s an opportunity here and this government may have the mettle and vision to seize it.

The central government signalled on 1 April that it intends to stimulate economic activity by spending money on infrastructure projects once Covid-19 restrictions are eased. Some potential projects could produce genuinely valuable social and environmental outcomes as well as creating jobs. But I fear there will be many advocates of traditional ‘think-big’ projects like road building and we can do much better than that.

The risk we face from unmitigated climate change has receded from our collective awareness, pushed out by the immediate threats of a potentially uncontrollable virus and an ensuing economic meltdown. But climate change has not gone away and we should be extremely wary of any investment that promotes the use of fossil fuels—the very thing that we must wean ourselves off.

New Zealand buildings account for a big whack of New Zealand’s greenhouse gas emissions: 20 per cent over their whole life cycle (when measured from the point of view of consumption rather than production). There are two parts to this. First is the embodied energy, how much energy has been used to create the materials needed to construct the house and the energy to transport the materials and build it. Second is the running cost, the amount of energy it takes to provide heating and cooling, hot water and power all our appliances and gadgets.

If we are serious about slashing this country’s carbon emissions, we cannot ignore the contribution made by our built environment. Fortunately, it is easier to fix our buildings than to breed cows that don’t belch methane. In fact, it could feasibly be a profitable pathway to zero carbon. Also some benefits can be realised fast. Reducing the embodied carbon in our buildings has an immediate effect on carbon emissions.

We have buildings that both embody and consume more carbon than we can collectively afford. (Recent data suggests New Zealand housing is five times over its share of carbon if we are to meet our carbon emissions targets.) And at the same time far too many, especially homes, are of sub-standard quality. The data is stark and by now can’t be argued with: New Zealand’s cold, damp housing stock makes people sick. Sick with chronic respiratory illnesses like bronchiectasis or asthma, sick in ways that will have lifelong impacts on people’s health and prospects. There is an enormous social cost as well as the financial one in patching people up in hospitals only to send them back to the very environments that make them sick.

If the government chose to invest money in raising the quality of New Zealand buildings, we can simultaneously reduce greenhouse gas emissions, building running costs and fossil fuel reliance and improve health and social outcomes. The return on investment would be colossal.

And every new building built right is one less we need to retrofit later.

We do not have to carry the burden of trail blazing in this regard. We can learn from how other territories have achieved this because frankly, when it comes to decent buildings, we are sorry laggards in relation to much of Europe, parts of Canada and even some places in the US such as New York City.

Take Brussels, capital of Belgium and the EU, which not long ago had the worst buildings in Europe. In 10 years, it has transformed itself into a world leader, culminating in a requirement that all new construction be built to a certified Passive House standard. This is a performance standard that originated in Germany in the 1990s that focuses on one thing and does it very well: creating exceptionally efficient and economic buildings that use tiny amounts of energy for heating and cooling and which maintain a comfortable and healthy interior environment all year round.

The twin facts that Passive House originated in Europe’s colder climates and that it is performance based means that (a) it is just as relevant here in New Zealand because dry, warm healthy buildings that are cheap to run are universally appealing and (b) it is easier and cheaper for us to achieve that level of performance, especially in more northern and temperate latitudes.

There are already 37 certified Passive House buildings in New Zealand. So far, they are single or extended family private homes, architecturally designed and mostly with generous budgets where the extra cost of high-performance components and additional insulation can be gracefully accommodated.

In other more modest cases, owners have been willing to reduce their floor area a little (or delay extras like extensive decks or compromise on kitchen finishes) in order to pay for the performance benefits and negligible running costs of a high-performance home.

But with grounded fears that building activity will plummet as our economy wheezes its way back into motion, how can it possibly be the right time to talk about making buildings better, if that means making them more expensive?

Let’s look to Brussels. The approach taken by its regional government delivered much better quality buildings, healthier to occupy and much cheaper to run. It also created economic growth, by stimulating new manufacturing activity that created hundreds of satisfying, skilled jobs. And, the city met its mandated goal of reducing carbons emissions.

It created all this by a carefully staged approach that understood the resistance of the building industry and addressed its concerns. At the same time as it phased in changes to its building code, it offered financial incentives, required different government agencies to co-operate and provided free support, training and resources to the building sector through its economic development agency.

The regional authority put its money where its mouth was, by requiring new large-scale public building projects to be built to the Passive House standard. Crucially, it demonstrated that it was possible to build this way without significant extra cost. How? Because its investment in training was increasing the knowledge, skills and confidence of designers, project managers and builders and the critical mass of Passive House projects encouraged local firms to manufacture the vital components needed to reach this level of performance.

Brussels then launched an “Exemplary Buildings” programme, putting up €5 million pa in subsidies for very low-energy building projects and €29 million pa for resources and industry support. Its subsidy over time of 243 projects was sufficient to catalyse another three thousand buildings that achieved the Passive House standard.

It didn’t only focus on new builds, but also on retrofits of existing buildings. The subsidies were targeted to either new or existing housing or public buildings, such as educational facilities, offices, hospitals and sports or exhibition buildings.

The Exemplary Building programme didn’t just focus on energy use. Projects applying for its funding also had other environmental goals to meet. The programme supported building projects that were as close to zero emission as possible, prioritised the use of environmentally-friendly materials, water efficiency and biodiversity; had high design standards; and used simple and replicable technologies that were cost-effective and provided a quick ROI.

Objections to highly energy-efficient buildings in New Zealand can be boiled down to three: we don’t have a problem that needs fixing; Passive House (for example) is not relevant in our milder-than-Europe climates; and lastly, it costs more and we can’t have that. The first two are simply incorrect.

The third is true, so far—although only because the sector (and its clients) myopically focus on first costs, not taking into account ongoing running costs. That aside, multiple territories have shown that at scale, it is possible to build highly efficient buildings at no extra first cost.

In fact, thanks to the Healthy Homes Standards introduced last year, a social housing developer could potentially save money by building an apartment block to Passive House performance levels, because that certification waives the requirement to provide heat pumps. That exemption is provided because in a Passive House building, interior temperature will remain between 18-25 degrees everywhere, all year round. (Depending on the building size, layout and orientation to the sun, any additional heating required on the coldest days of the year could be provided by the mere body heat of occupants, a stock pot on the kitchen counter, a towel rail in the bathroom or a portable 2kW heater running for an hour or two.)

Aware of the problems we face and the solutions already demonstrated overseas, I and other colleagues have kicked off an initiative called ESCAPE (which is catchier than what it stands for: Energy Step Code Aotearoa with Primary Energy). A ‘step code’ approach is crucial as it raises the minimum standards for new buildings in achievable steps over time, all clearly laid out so the industry can see where we’re headed.

What else would it take?

The current Building Code targets are difficult to understand and simply ignored by many practitioners and Code officials. Instead they rely on Acceptable Solutions because it’s easier to implement. Let’s simplify the heating performance metric so that it’s practical and easy to understand. Energy use intensity is the right choice.

Training is essential: the last time the Building Code was substantially revisited and new materials and techniques introduced, we ended up with a leaky building crisis that is still costing billions according to author Peter Dyer.

(That the Building Code currently only posits three climate zones in a country as diverse in altitude and latitude as ours is absurd; Passive House designers work with 19 different zones that have been painstakingly delineated based on decades of NIWA weather data.)

This might require say $45 million a year for the first two years, tapering down to $5m by 2032. Half of this support could be in the form of competitive purchasing agreements for critical components.

Taken together, these initiatives could unleash improvements in the environments in which New Zealanders live and work on a scale never seen before. Let these ‘shovel ready projects’ the Government is calling for not be ones that will burden our children and grandchildren with further environmental ruin. Instead, we must direct public money into projects that will hasten our journey toward a zero carbon society. 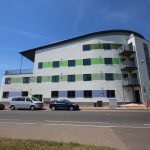 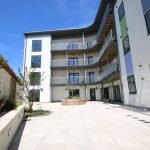 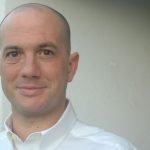 Jason Quinn – permission to use photo

Jason Quinn is an engineer and building physicist who heads Sustainable Engineering Ltd, which certifies Passive Houses in New Zealand and Australia.