The first time you do something, it takes longer. If you’re paying staff to do it, it costs more again. If you import just one new building component and you have to explain to Building Code officials why it’s so very much better than the crap considered an Acceptable Solution and how they should allow your project to include it, that’s going to cost more too. If it’s a crazy building with weird shapes and eight different kinds of cladding, that’s expensive.

But to design the building so that the interior doesn’t mould and it stays warm and comfortable? That does not necessarily add cost. 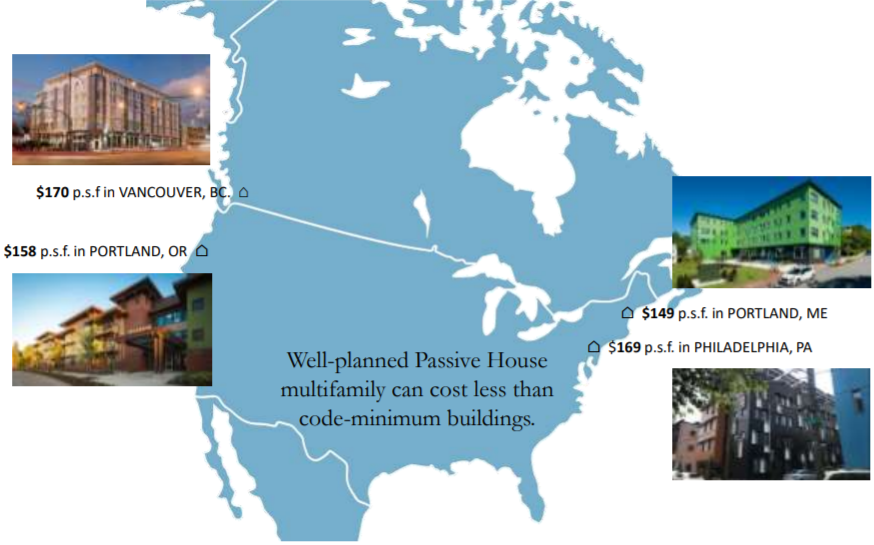 Politicians are promising more social housing. They are buildings that we, as a nation, are going to own forever. The cost of heating and cooling them over the life of the building should be considered, not just the initial cost of construction. (This is especially important given the serious health problems linked to poor-quality housing. That creates unnecessary suffering, has knock-on effects for learning and employment and burdens the publicly-funded health system.)

We could look to Europe for high-performance social housing examples; they have plenty of them. But we can also learn from US practice (on this issue at least). The north-eastern state of Pennsylvania is a particularly good case in point.

The Pennsylvania Housing Finance Agency (PHFA) decides which projects earn federal low-income housing tax credits. Developers really care about these credits. They compete hard for them and only one in four applications are successful. In 2014, PHFA changed the rules in order to make the projects they funded more energy efficient (it snows in Pennsylvania, heating buildings isn’t optional). It started awarding an extra 10 points if a project were certified Passive House.

Did developers complain? Do bears crap in the woods? PHFA politely described the response as “significant pushback”, but it held its ground. Its staff told developers, if you don’t want to bother with Passive House, you don’t have to take the points.

Well over a third of applicants in 2015 went for those Passive House points (the agency had expected five per cent). Eight of those projects were funded.

As this newspaper article explains, “Within two years, Pennsylvania went from having just a handful of Passive House residential units to having nearly 900 in the works—more than any other state at the time. Since then, 14 other states’ housing finance agencies have followed the PHFA’s model and added Passive House [certification] to their tax-credit competition.” Now that is serious trailblazing.

What about costs? Developers initially swore Passive House certification was going to increase costs by 15-20 per cent. But what actually happened? The difference was “negligible”. Costs have been roughly on par with conventional construction in terms of both proposed cost per square foot and the difference between a project’s proposed and final costs.

Research by Tim McDonald from the Architectural Research Centre into 85 social housing projects funded by PHFA showed less than 2% difference in cost ($169 vs $165 per square foot) between Passive House construction and conventional.

(Skip over the initial slides at that link; scroll on to see some great images and details of actual social housing projects built in Penn.) And who says social housing has to be ugly to be affordable?!