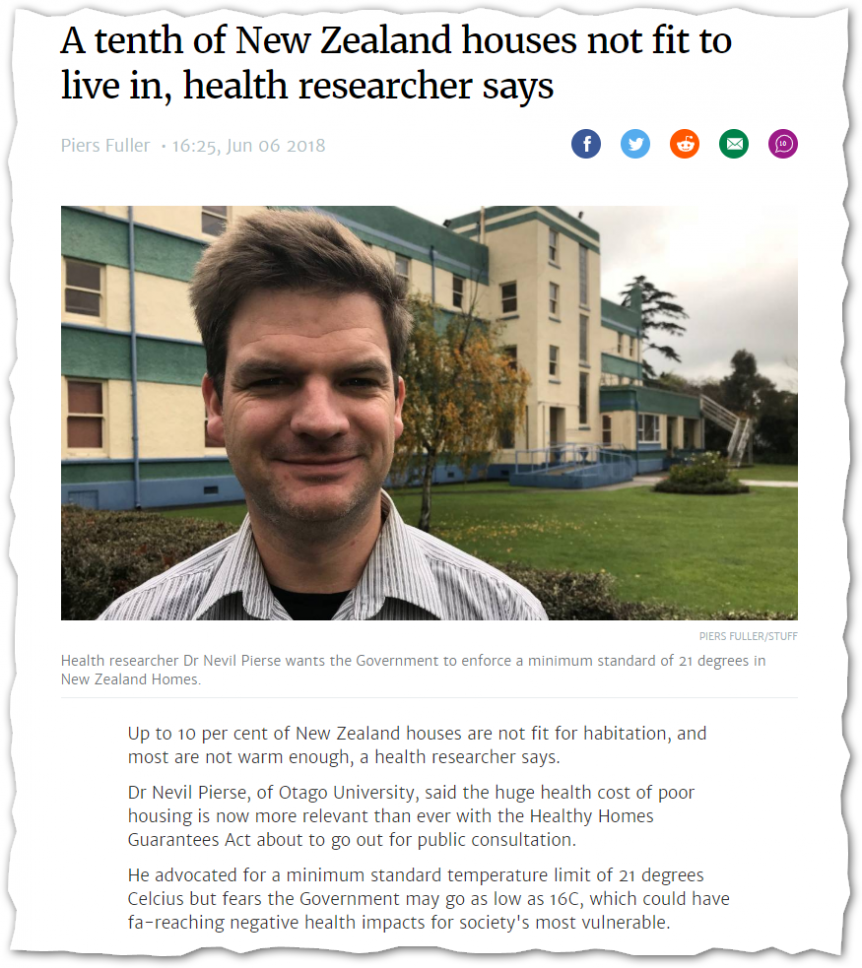 I met Dr Pierse at University of Otago’s Public Health Summer School on the day of the release of the World Health Organisation’s International Housing & Health Guidelines (25 February 2019). This was nearly the same day that the Healthy Homes Guarantees Act was released.
The research that went into the WHO International Housing & Health Guidelines was incredible – mostly to prevent bias being introduced. As an interested person who doesn’t do public health for a living I was straining to keep up on the statistical summaries of the data. Throughout the day I continued to hear that we had evidence of this overseas a decade ago but now we’ve done the same studies here in NZ and no surprise the results are the same.
The results were solid evidence across cultures and age groups that indoor temperatures below 18C results in health issues. Several researchers have argued that 21C is actually the right minimum but there isn’t sufficient evidence that meets the WHO stringent quality standards across cultures to show this .. yet.
Read more in Stuff.