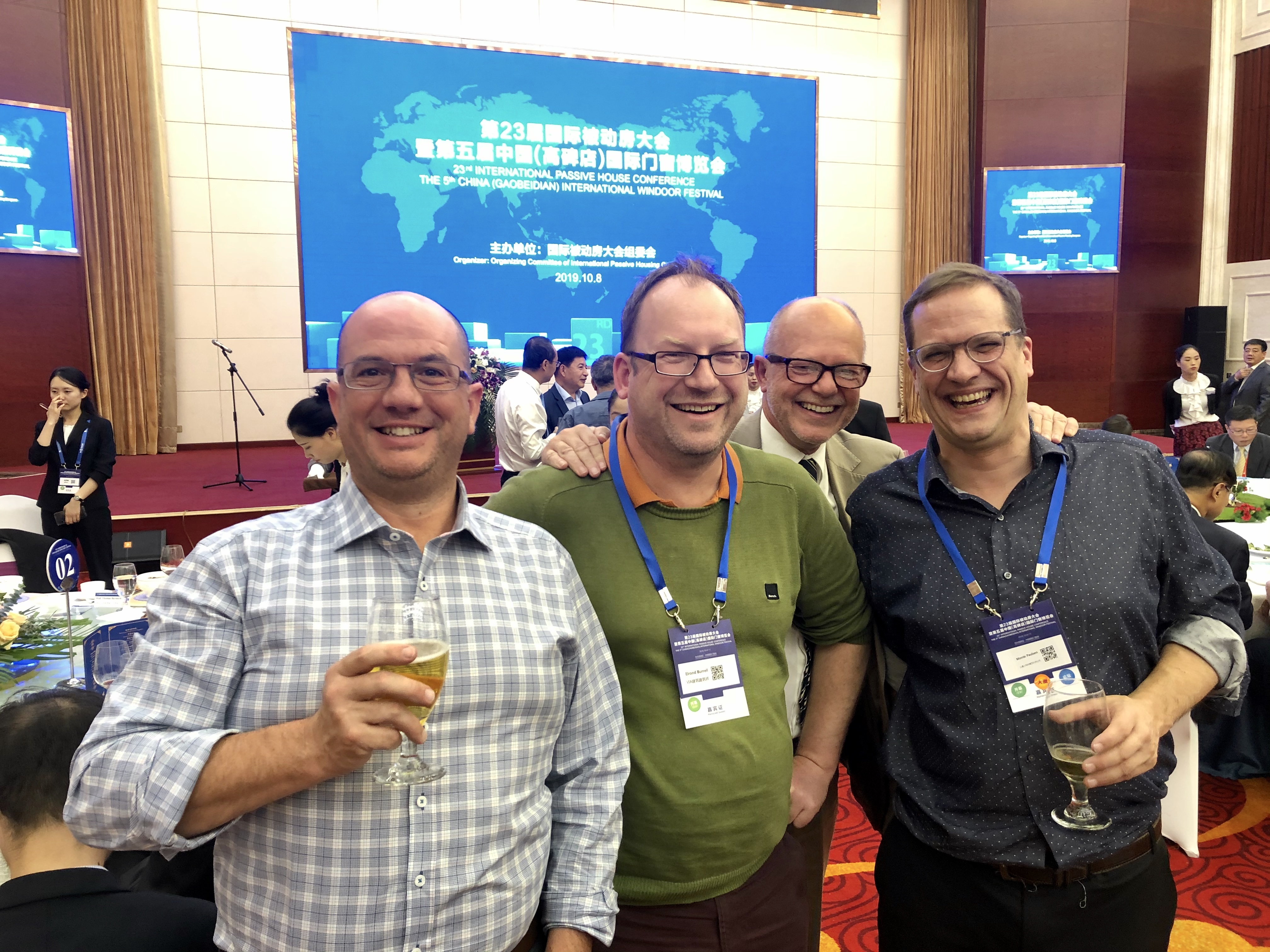 “Technical PH people used to talk about saving energy—but at the conference, I kept hearing about saving carbon. That’s a big shift. The conference was as technically awesome as ever but everything in China scaled up. There was the conference dinner (2000 people and a full orchestra) and the construction happening here is not single family homes but factories, neighbourhoods of apartment buildings and office towers, all to PH standard.”

Expect more commentary from Jason in the weeks ahead once he returns from China and digests what he saw and heard.

This was the first time the IPHC has been held outside of Europe. Why in China? The take-up of Passive House has been huge there. More than 1.1 million square metres have been certified to the Passive House Standard in China in the past decade and it’s increasingly rapidly (another 300,000 m2 was expected to have been certified by August this year). Chinese attendance has been notable at recent conferences in Germany.

The conference was held in Gaobeidian, near Beijing, (alongside a door and window expo, which brought in another 5000 visitors). The Gaobeidian Bahnstadt is nearing completion; it will be the largest PH residential area in the world. It’s inspired by the Bahnstadt in Heidelberg and mixes 30 high-rise buildings, multi-family homes and a small number of single-family houses, all constructed to the Passive House standard.