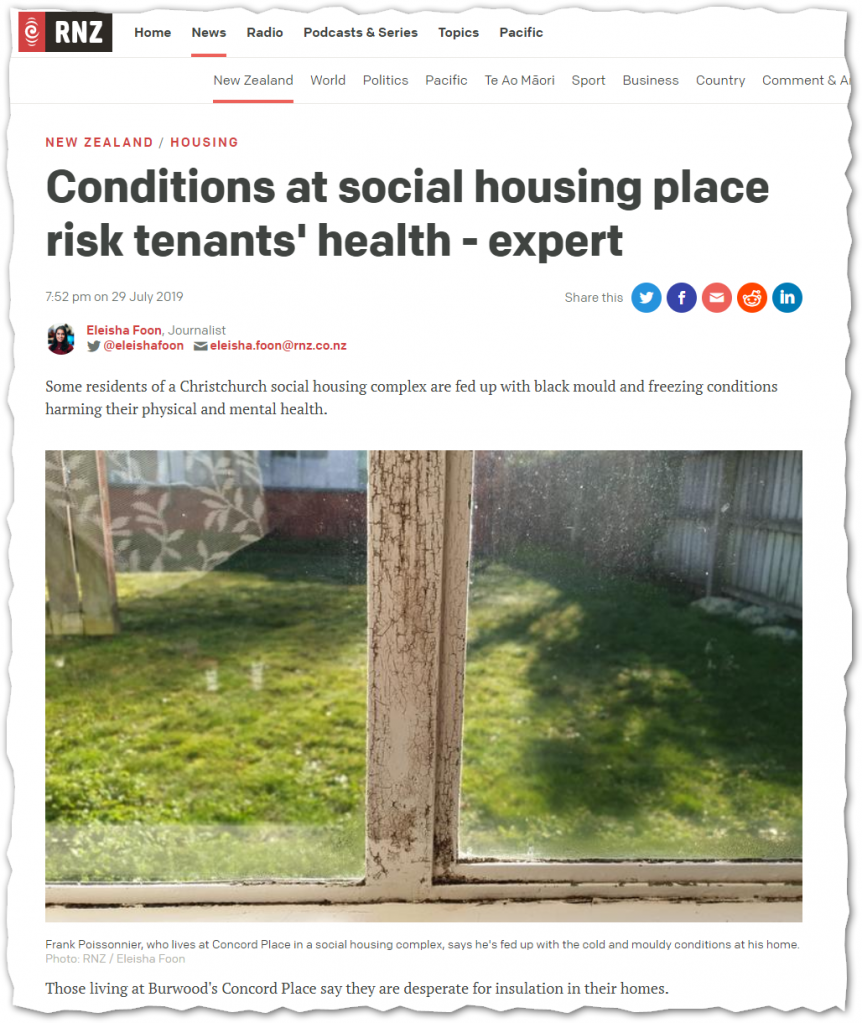 Poor design means your home is cold, damp and mouldy even with a high power bill … here is some bubble wrap for your windows. That seems like a joke but it is reality for many New Zealand tenants. Poor design of buildings is a legacy – just one we don’t want to have.

“It’s cold enough to freeze your what’s its off, that ain’t no joke. Water runs down the walls … there’s black mould. That one little heater I’ve got in there, that has to be continuously going for the five or six coldest months … my power bill is $250-280 a month,” Mr Poissonnier said.

The government’s Healthy Homes legislation requires all rental properties to have floor and ceiling insulation, but Concord Place residents were told by the council that it wasn’t possible to insulate their units because of their design.
Another Concord Place resident, Jean Eastern, said her unit was cold – but she was given some tips by the council to help keep warm.

“I was given some bubble wrap for my windows from the council,” she said.