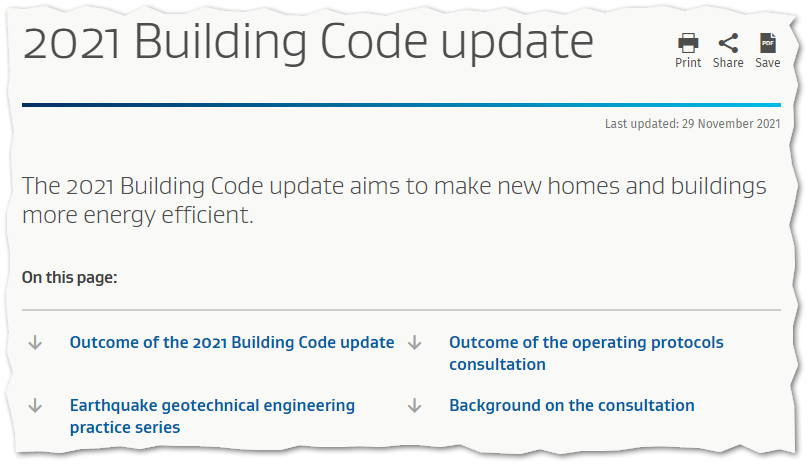 We have it at last: as of 29 November 2021, New Zealand has a new energy efficiency code clause (section H1 of the New Zealand Building Code). Don’t be fooled by the 11 month waiver: the changes have already come into effect. The waiver allows the use of old materials and designs for a year (and sadly means some parts of the industry will rush projects through in an effort to build to a lesser standard).

MBIE released several new code clauses, not just energy efficiency, but that’s what I want to focus on here. In particular, this article will consider the impacts on residential buildings. I presented to a webinar hosted by eBoss right after the announcement. So many people showed up for the call (and hundreds on the MBIE webinar two days afterwards). Folks are excited … and a bit scared. 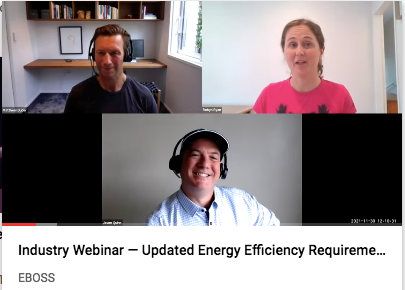 Don’t be scared! This revision to H1 is a good, good thing. It’s not perfect, it’s too slow, it needs to go further—but it’s the first step in a planned transition to the far better buildings we need to address climate change and improve people’s health and comfort. 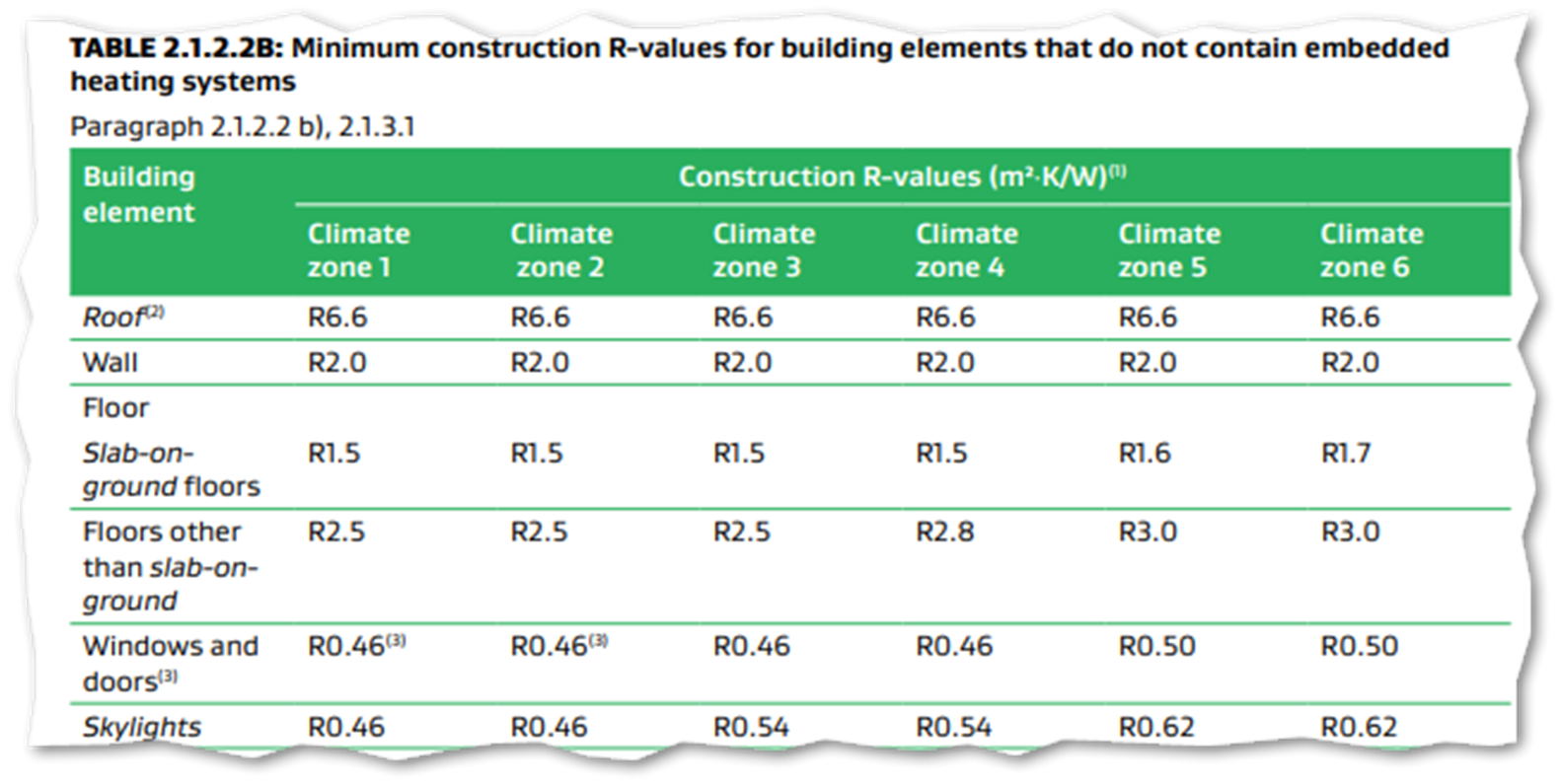 The big step up is in the roof, window, and slab-on-ground R-values. These changes are intended to significantly reduce (40%) the amount of energy required to heat and cool homes. With better insulated roofs, it is crucial to make sure that the ceiling is airtight. Why? The roof will be colder because of the better insulation so if warm, moist air leaks into the roof space it creates more risk of condensation, moisture and mould.

The R-value of a slab-on-ground floor must use either the default tables in H1/AS1 or a new calculation methodology based on ISO13370. The latter is a full finite element analysis and cannot be done using equations. This is not the same way that PHPP calculates the slab-on-ground heat loss as it neglects any dynamic effects that reduce heat loss through a slab-on-ground. PHPP cannot be used to calculate this new NZBC slab-on-ground R-value.

Complying with the window R-values will require, at a minimum, good low-e double glazing and thermally broken aluminium window frames. This is seen as such a change for New Zealand’s window manufacturers that MBIE has allowed a smaller increase in window performance for an extra 12 months in the warmest climate zones.

We frequently used the BPI (building performance index) to demonstrate Code compliance for our projects, because it was easy. So why am I happy that it’s no longer an option? Because it will force the industry to switch over to modeling methods that actually have the potential to be predictive. However, because of how New Zealand’s Building Code is written, these modelling methods will typically use inputs that do not represent reality (eg timber fractions) and accordingly, the predicted results will not be accurate.

Mostly I’m happy because the H1/VM1 verification method has been specifically changed to include PHPP as an acceptable modelling method. I think this was done because Homestar 5 uses the ECCHO tool (a simplified interface to PHPP I helped develop).

What’s the obvious omission with increased R-value? Correct, there is no change mandated to the insulation performance of walls. I think that’s driven by MBIE’s concern with not creating unintended consequences. Standard wall constructions in New Zealand are very moisture sensitive. Without continuous mechanical ventilation, there is a real chance of mould developing in the exterior underlay or rigid air barrier. Increasing insulation levels in wall constructions without also requiring either an AVCL (air vapour control layer) or continuous mechanical ventilation will heighten the risk of mould. The other option is changing construction assemblies—external wall insulation is one possibility and we’re already seeing this applied to single and multi-family New Zealand home.

It is very hard to determine when that risk is too high for a particular building and nearly impossible to determine precisely across many buildings. This is the largest potential unintended consequence I can see.

Many of us in industry expected to see the timber fraction required to be either the actual timber fraction (35% anyone?) or some defined higher number such as 24%. I was surprised to see the wording in the new H1/AS1 exclude lots of the timber, to the extent that the implied timber content to use in calculations for studs spaced at 600mm centres is only 16.2%, way different from the much higher percentage Beacon Pathway’s research found when looking at actual real New Zealand buildings.

To spell it out, timber acts as a thermal bridge (admittedly not a very efficient one compared to aluminium or steel!), which is why some PH designers and builders obsess about their timber fractions. The higher the percentage, the more energy is leaked. This does mean that the energy savings claimed are not accurate; the actual wall values will be much lower than R2.0. This points to a long-standing unintended consequences: the NZBC energy code clauses have little predictive ability when it comes to building performance. They can point us to better, but due to fundamental limitations baked into the Code clauses, they are not predictive.

What does it all mean?

Let’s dig into the implications of all this. Firstly, MBIE is pointing out that insulation delivers large energy savings, about 40%. (Hey, they heard me and others who have been saying that for … over a decade.) Sadly, a small part of the industry is still pushing the idea that additional insulation is silly (cigarette anyone?) Just a week ago, someone attending a HPCD webinar I led claimed that heating energy was a tiny fraction of building energy use and there’s no savings available. Not true (also, newsflash: smoking causes cancer). There are large savings available by improving insulation in many buildings throughout New Zealand. Even the new H1 leaves significant savings on the table.

Those efficiencies are swept up by the buildings that perform to the Passive House standard, which hit the sweet spot between performance and affordability. (What some people don’t understand is that Passive House is not the pinnacle of performance. It could actually be even MORE energy efficient! But 30 years of research demonstrates that a tiny bit of extra performance would be incredibly costly and the cost/benefit does not stack up.)

Secondly, the baseline has changed. As of right now, if your design does not include a R6.6 roof and higher performance windows or equivalent performance, it is not Code compliant. Designers and developers still have 11 months left (well, 10 after we’re through Christmas) to deliver poorer-performing buildings via the waiver. Leaving that aside, the higher baseline changes the results of a cost-benefit analysis comparing a Code-minimum design to a truly high-performance building design (eg certified Passive House). The additional cost to build a genuine Passive House will shrink because the legal minimum standard has increased. This will make it easier to argue for public and commercial buildings and social housing to be designed and built to the Passive House standard.

Jokes aside about sensitivity to unintended consequences, there are real risks of increasing insulation levels without understanding the moisture implications. I tossed my tools over an early suggestion to just upgrade wall R-values without changing G4 and E3 at the same time. Ventilation and internal moisture concerns MUST be dealt with when wall R-values increase. New Zealand standard walls are too sensitive to internal moisture levels and we need more durable assemblies and continuous ventilation and heating.

Lastly, in order to implement the Building for Climate Change (BfCC) programme, industry will have to come to terms with the need to model every building, for both operational energy and embodied carbon. We can all grumble that this H1 revision doesn’t take us far enough, but it is a step in the correct direction. Those of us who care about high-performance buildings and mitigating/adapting to climate change need to push government to take that next big step and pull the entire industry along to BfCC standards. Let’s change the building industry to produce high performance homes that can enable a zero carbon New Zealand. MBIE’s official timeline (Fig 2, below) indicates they intend to shift the goalposts in less than eight years. I think it should and could be sooner. 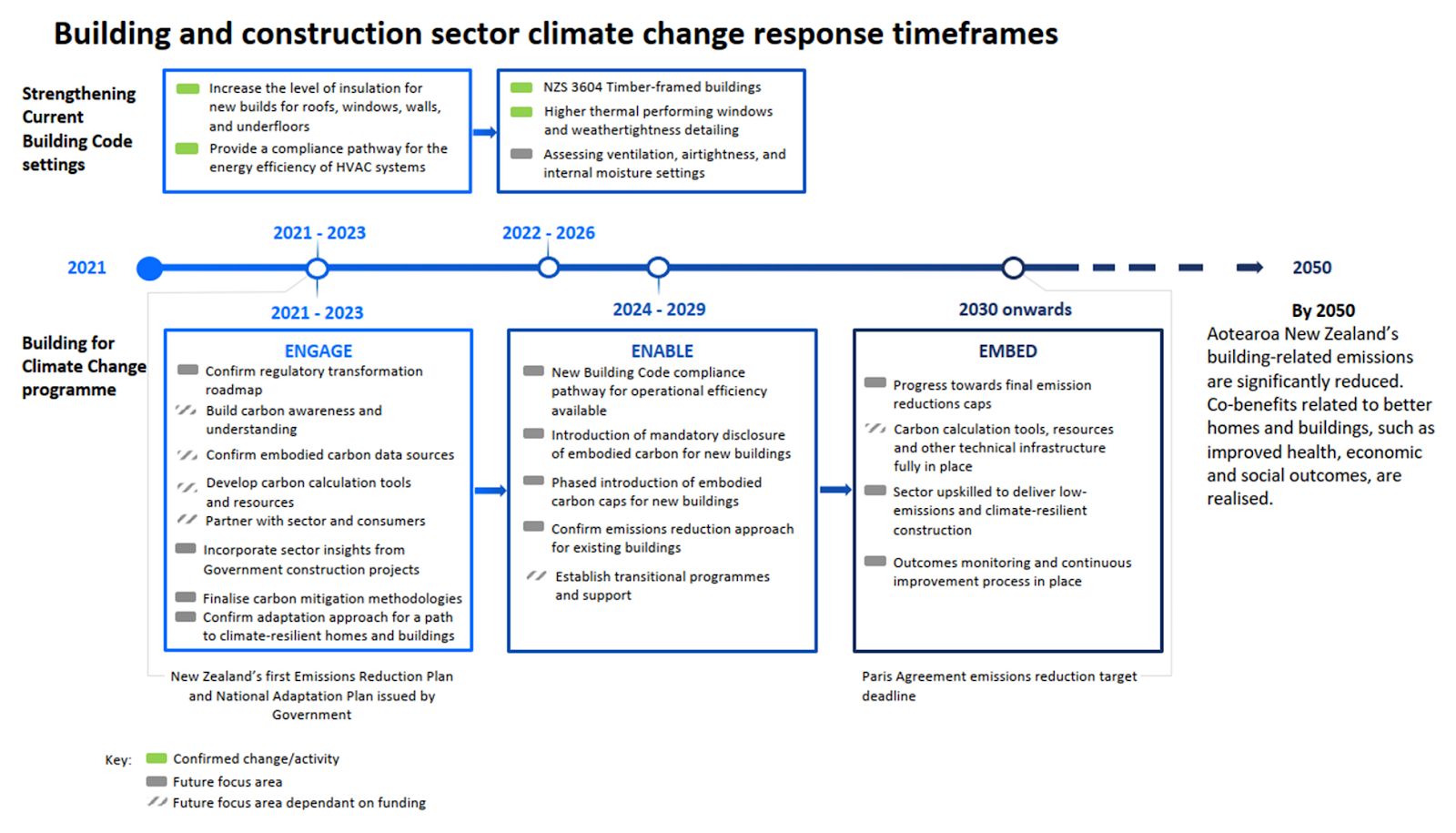 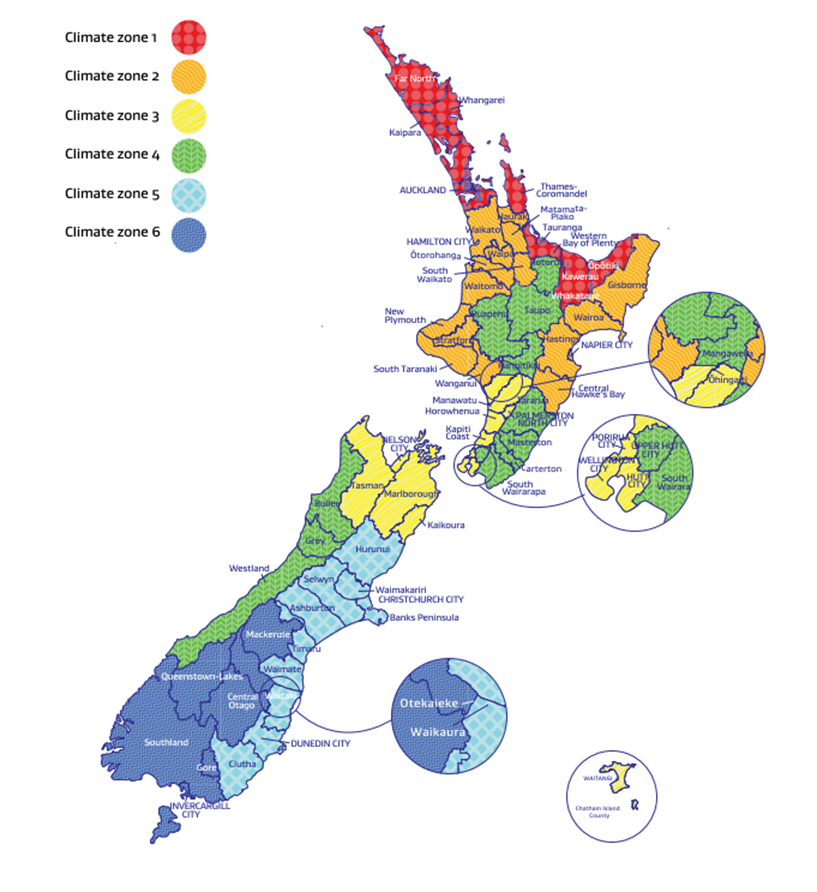