This analysis from The NewStatesman, comparing Vienna’s tradition of social housing to the UK, is a concise and insightful account and I recommend you go and read it in its entirety. 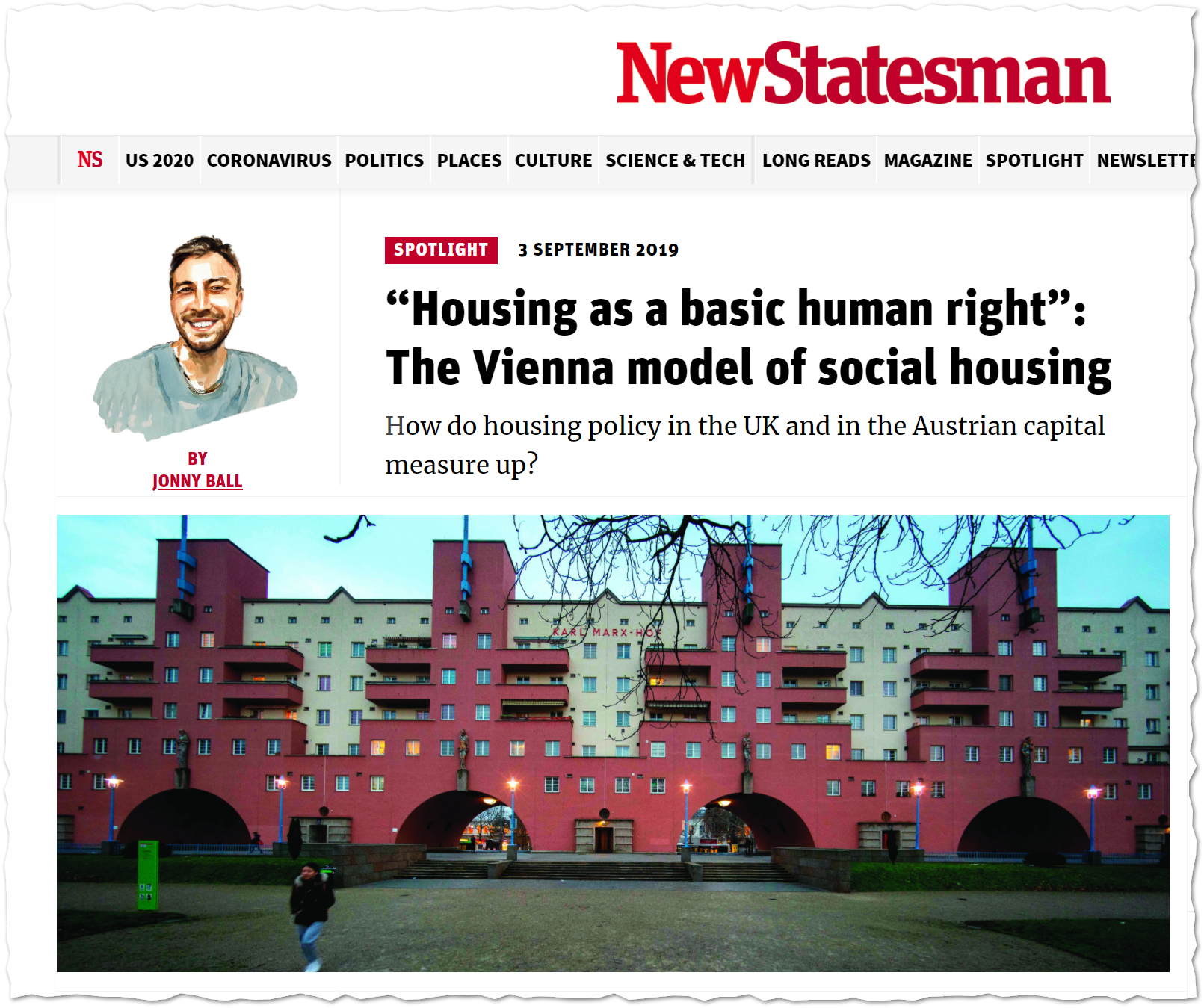 Vienna’s accomplishments are enough to make millenials shut out of the home ownership in New Zealand weep. For all of us, it’s a stark reminder that there are other models for housing than the one New Zealand feels stuck with. (Worse, our present situation is a comparatively recent phenomena, as Bernard Hickey so clearly laid out in a story for Stuff in December.

The NewStatesman story notes, “In the Austrian capital, more than 60 per cent of residents live in 440,000 social homes, about half owned directly by the municipal government and the rest by state-subsidised, not-for-profit co-operatives. These council houses are not built just for the low-paid, unemployed or hard up.” [my emphasis]

The upper income threshold for a single person to qualify for a social home is an annual salary of 45,510 euros. For comparison, Austria’s median net annual income in 2019 was €22,104. In New Zealand that threshold translates to $81,000 per year, easily within the top 20 per cent of earners.

Vienna, Austria’s capital, has about two million inhabitants. It builds 8000 to 9000 new social homes every year. Notably, it does not sell them. (As the article points out, UK taxpayers have paid three times for its social housing; first to build them, second when they were sold to tenants at a steep discount in the 1980s’ neo-liberal reforms and a third time through ongoing top-up benefits paid to low-income people paying rent to landlords who have acquired that same social housing.)

I think this could be a good guide for NZ: target 20,000 new social homes/units nationwide every year going forward … forever. Many of our housing industry issues are caused by boom-and-bust construction industry cycles, a lack of focus on quality and energy efficiency and the absence scale of in the market.

Knowing there would be 20,000 new housing units constructed every year would give businesses in the construction industry the confidence to invest in technology and people. Building energy-efficient, healthy, quality buildings at scale will make them more affordable—less than what it costs now to build Code-minimum dwellings.