If you missed this in-depth Stuff article, it’s worth reviewing: Infometrics senior economist Brad Olsen used the latest census data to find where in New Zealand, on average, has the most mouldy, damp houses with no heating.

And the “winner” of this not-coveted title? Wellington. 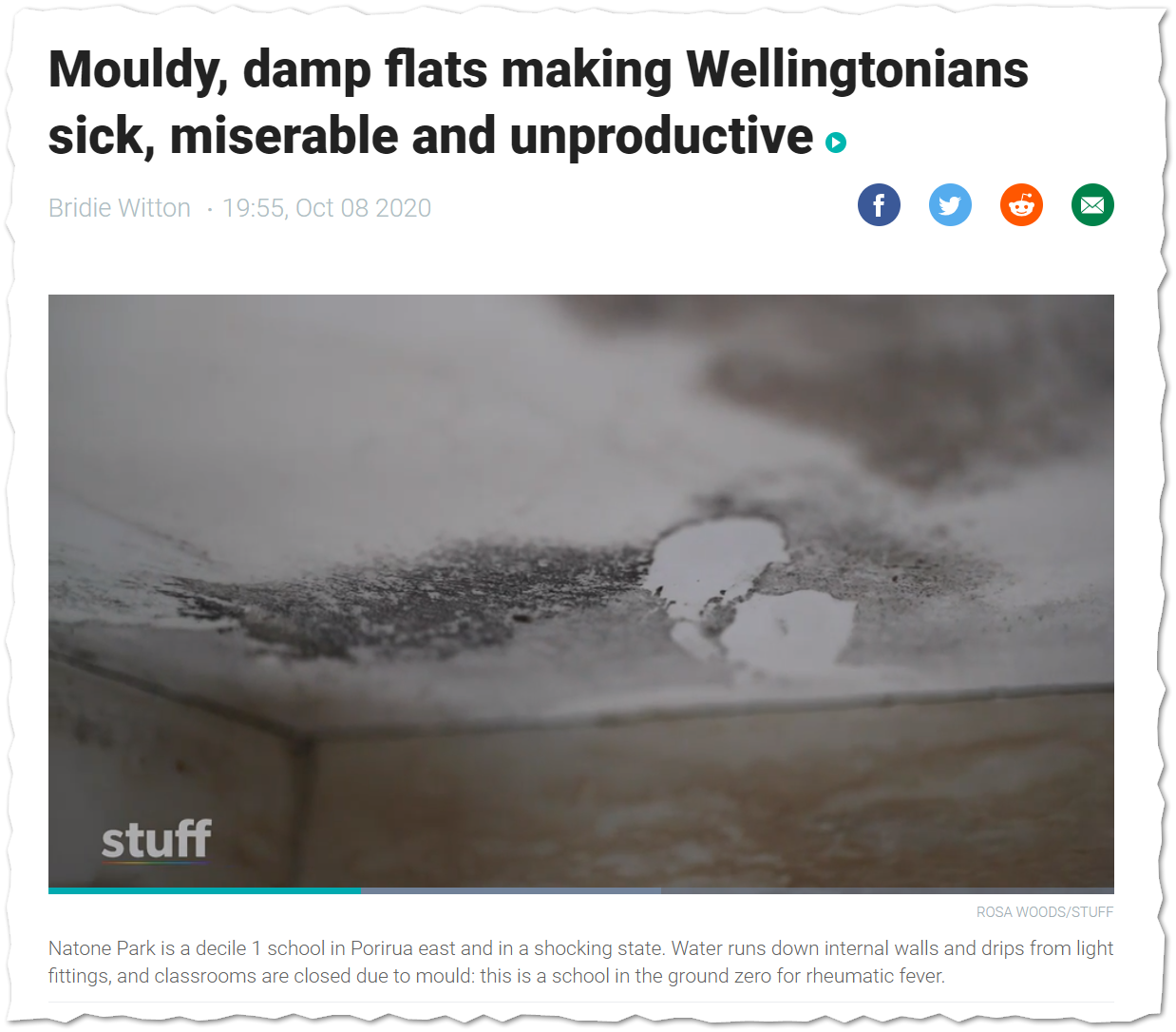 Mould impacts health and wellbeing. Myself, I know my asthma is definitely enhanced by it. I didn’t need medication to manage it until I’d lived in New Zealand for a couple of winters.

I still struggle to understand why so many New Zealanders are resigned to living in damp, cold conditions. It’s a tragedy that so many people live in fuel poverty; they can’t afford to keep warm or spend outrageous proportions of their income doing so. But there is this streak in the NZ psyche where even some well-off people choose stoic over comfortable.

(I was puzzled enough by this feature of New Zealand culture that my book, Passive House for New Zealand delved into some possible explanations; see “Why do we put up with it?” in the first chapter.)

Slowly, and in large part to the efforts of researchers like Philippa Howden-Chapman, New Zealanders are starting to take seriously the link between indoor temperatures (and relative humidity) and human health. (The link in the previous paragraph summarises leading research and recommendations.)

I wish Brad Olsen had taken a rough cut at estimating the economic impact of Wellington’s poor quality housing: lost productivity due to days off sick (employees themselves, but also when caring for their sick kids) and just being run the hell down due to the mould’s chronic impact on their system.

It’s wrong to equate sickness and money but even more wrong to not understand that letting folks save a bit of capital and leave houses cold and run-down has a significant economic impact.