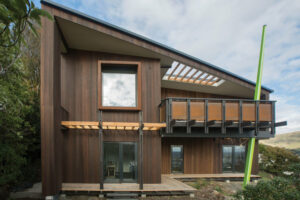 This dramatic Christchurch home, nicknamed ‘The Lighthouse’ by neighbours, has just been certified as a PHI Low Energy Building. It’s a stand-out for many reasons; on a technical level, it’s notable for its use of panellisation on a challenging site with a 35% slope.

A house on the site was extensively damaged in the Canterbury earthquakes and had already been demolished. Considerable site preparation was required before the insulated concrete slab was poured. Construction however progressed very quickly thanks to the expertise of Ethos Homes; the wall and roof panels were installed in just two and a half crane days over the course of a week.

The panels were supplied by THECA, which at that time was manufacturing pre-fabricated components locally in Christchurch. Mark Brokenshire was both architect and client on this project and he was significantly influenced by several people including Glenn Murdoch of THECA, who Mark heard speak at a Passive House conference in 2017. He came away thinking pre-fabrication was a no-brainer. This was reinforced by Dr Kara Rosemeier, Passive House lecturer and advocate during Mark’s architecture studies.

The home’s walls are constructed of panels made from 140mm LVL frame with 6mm OSB on the exterior face. They arrived on site essentially pre-insulated, with the service cavity full of blown-in fibreglass insulation and building membranes in place. On site, battens were fixed to the service cavity and windows and doors were fitted. The mid-floor and roof make use of timber I-beams. Considered design of the laminated I-beams used in the roof made huge cantilevers possible at the front of the house, where extensive decks look out to the city and estuary.

Mark remains enthusiastic about panellisation but describes it as quite unforgiving. “If you stuff something up at ground floor level, it’s very difficult to go back and correct it. Any problem will be exacerbated as you get higher up. ‘Do it once and do it right’ might be cliched, but it really applies to building with panels. Along with a very powerful drill-driver, a level is your most useful tool,” he says.

Mark is disarmingly frank about what he learned on this, his first project that targeted Passive House performance. “I didn’t do things the right way around, the whole build was like that! I was still doing my calculations for the certification after I’d finished the house. There were a couple of things I could have done differently if I’d been aware of them [during construction], like insulating the cold water supply better and putting a thick layer of insulation around the waste pipes within the building. If I’d done that, I might have got to Passive House [level of performance].”

Mark has spent two years in the house and describes living there as “just brilliant. That’s the important thing about doing this build: it’s OK to theorise, but it’s another to experience it for yourself.” Mark says he was taken by the idea of Passive House when he studied it as part of his architecture degree but that he’s been interested in energy efficiency for far longer. A textbook on natural solar building was an influence way back in the 80s.

“Passive House is a scientific approach, that’s the difference between Passive House and natural [or passive] solar. Passive House is not just sticking a wet finger in the air. The science has proven itself to me.” The greatest benefit from Mark’s perspective is the year-round comfortable indoor temperature without any excess humidity. He is also taken with the feeling of calm in the house, because it’s so very quiet.

And why ‘The Lighthouse’? The northern façade features a nine-metre mast made of glue laminated timber, tapered and painted Kermit-green. It’s a striking contrast to the Corten steel deck balustrade and custom window frames—and serves the important function of holding the deck up. A strip of LED lights run up the mast. When lit up at night, Mark describes it as something like Darth Vader’s light sabre. 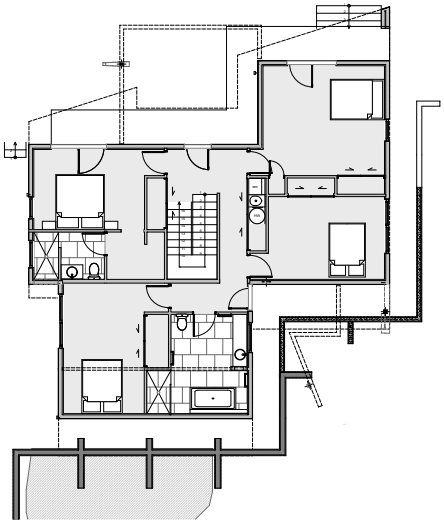 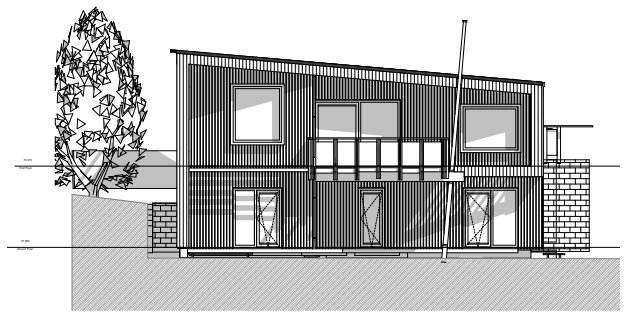 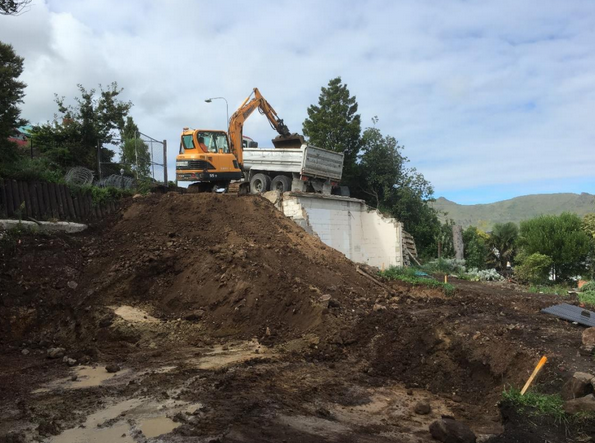 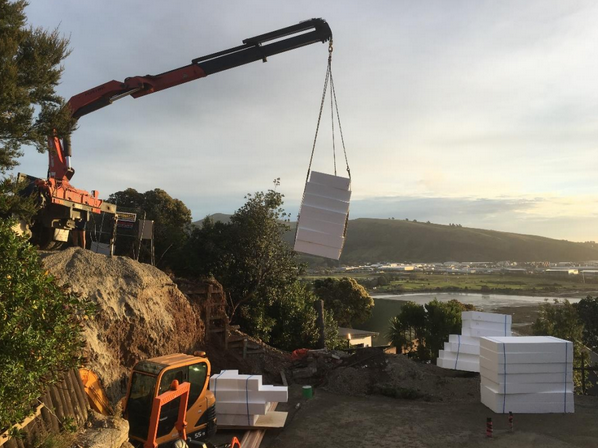 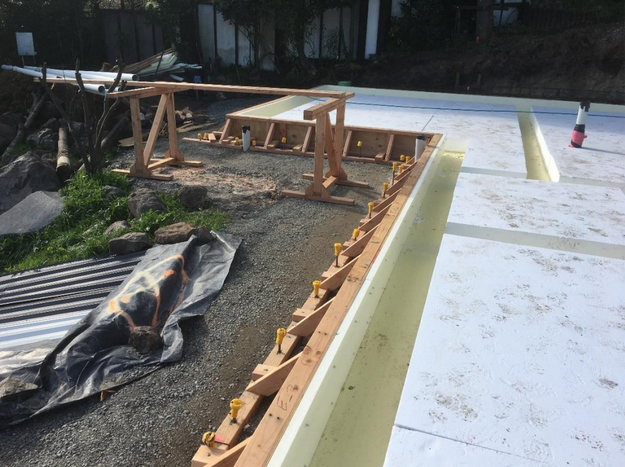 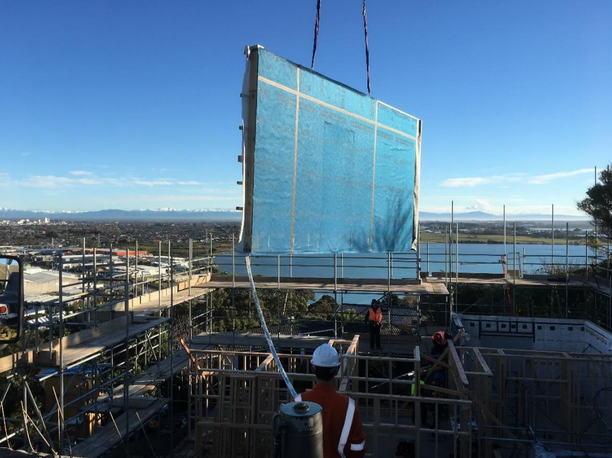 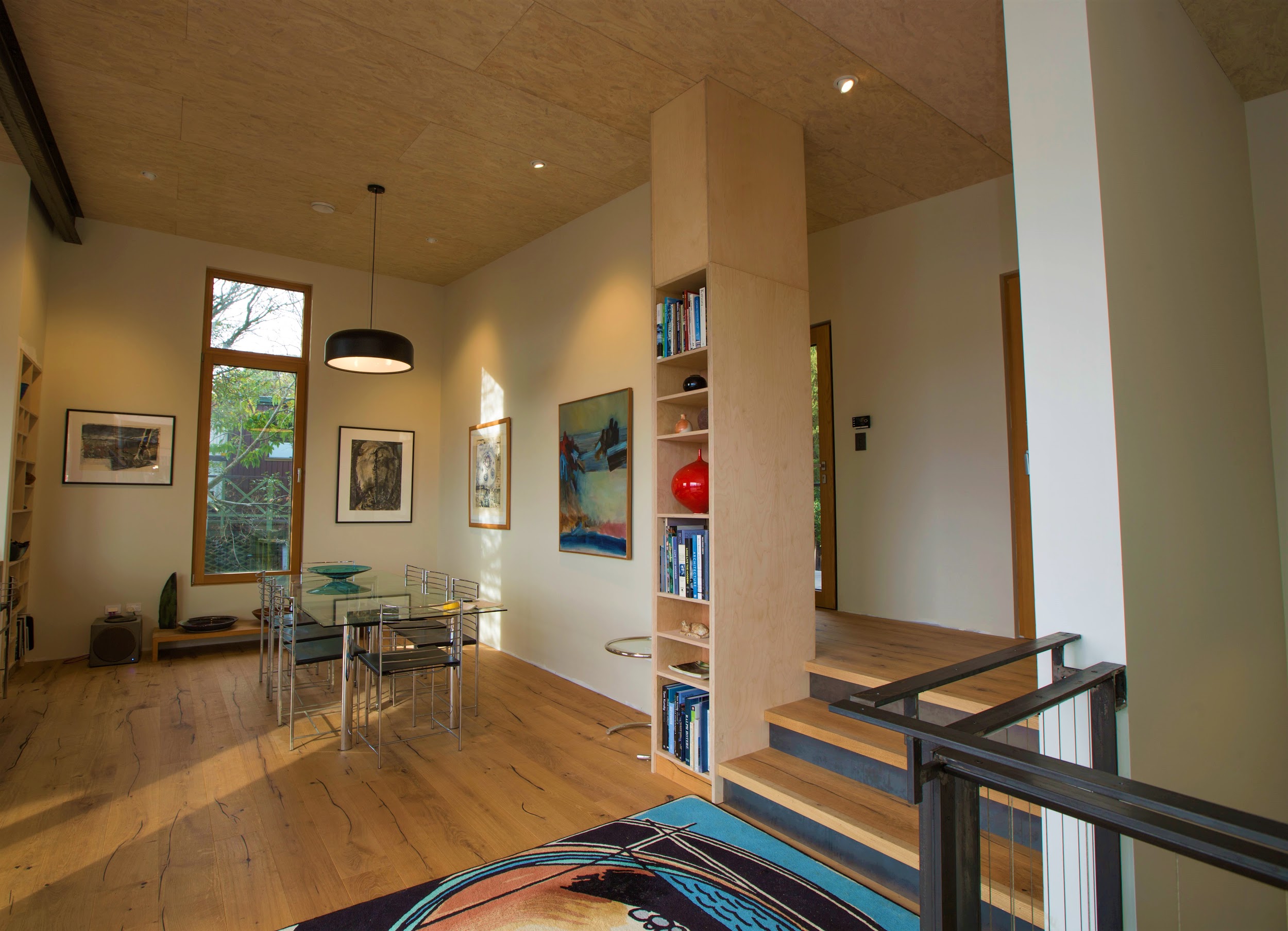 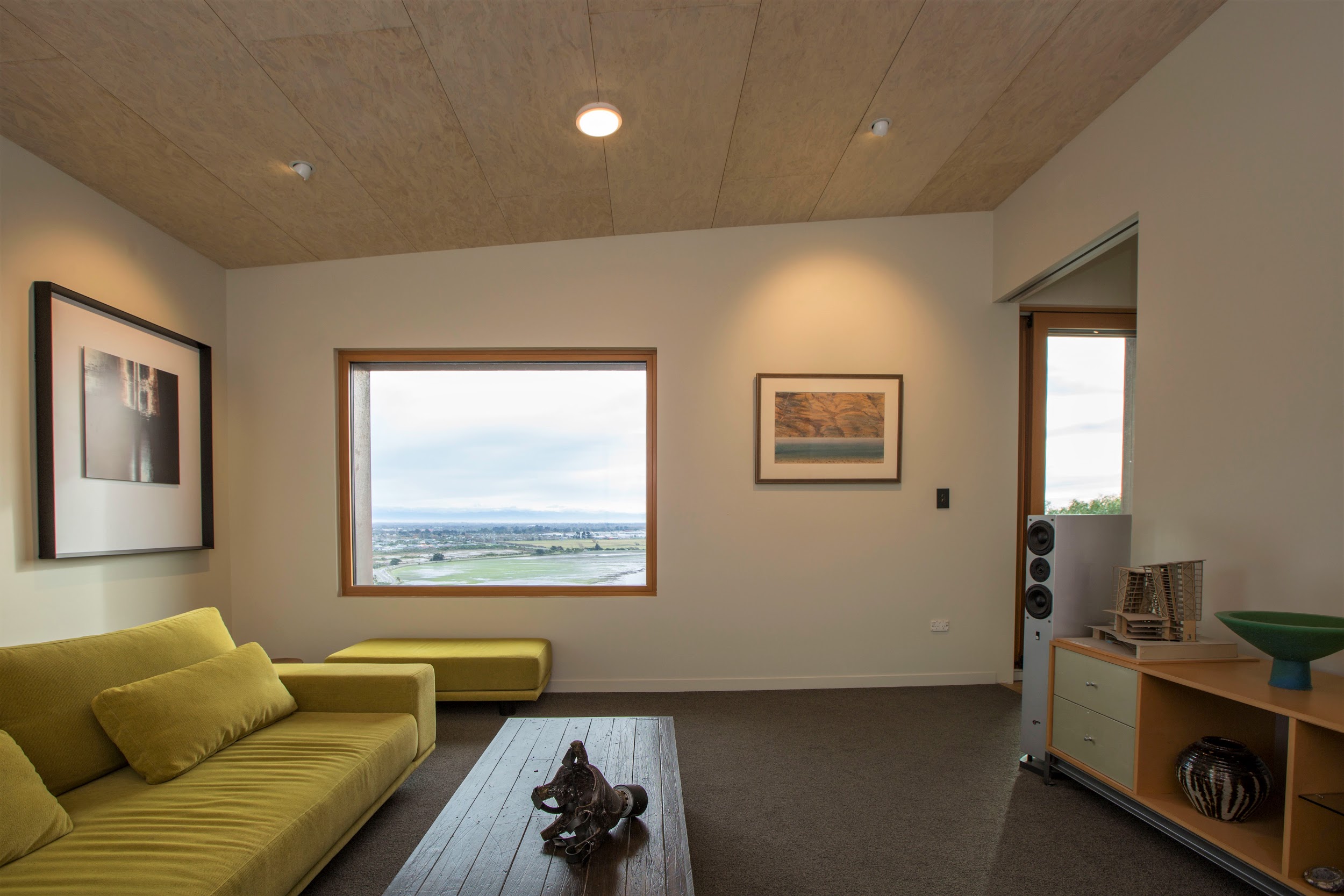