The stumbling block to a fully renewable energy grid in New Zealand is what to do in a dry winter, when electrical demand peaks but there’s not enough water in the hydro dams. Last year it was touch-and-go and there was even talk of energy conservation being enforced. And that is with the big coal-burning Huntly power station still churning out CO2.

Continuing to burn coal is unconscionable. Reducing demand is as good as increasing supply. A submission to the Climate Change Commission pointed out that retrofitting New Zealand homes to the Passive House standard would eliminate the ‘dry winter’ problem.

The submission focused on the results of modelling the impact of energy efficiency on space heating demand. It found that retrofitting New Zealand’s homes to the highest currently commercially viable energy efficiency level (Passive House) would reduce heat demand by up to 80% in peak winter months (see graph following). 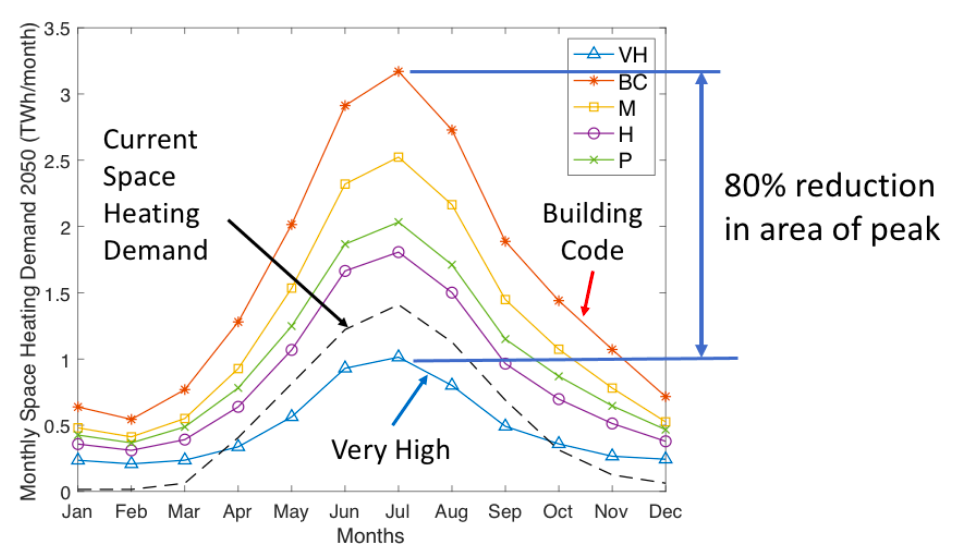 Of course retrofitting is way harder than building right from scratch. At this point, we need to change the Building Code for the better … right now. Let’s not lock in more emissions with poor performing buildings.